As always, The Brixham Pirate Festival aims to deliver a phenomenal lineup of music and entertainment for all the family in 2017!  Watch this space for a final lineup closer to the festival and regular band updates! 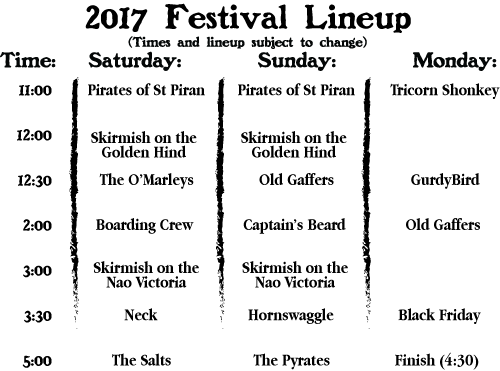 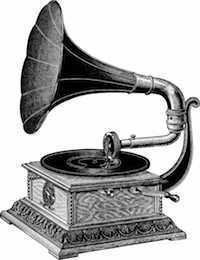 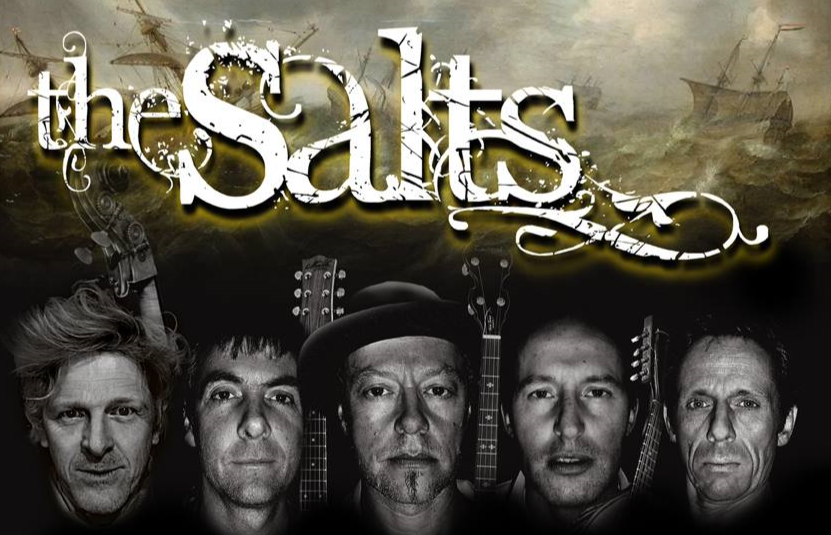 The Salts might fit a “Bellowhead shaped hole” doing for shanties, what The Pogues did for Folk. Fronted by twice BBC Young Folk Finalist Lee Collinson-James The Salts have circumnavigated the Commonwealth with tours of Europe, Australia, New Zealand, Canada, India, Singapore and Hong Kong.

Their debut album, **She Rises **is available from Amazon and i-Tunes. 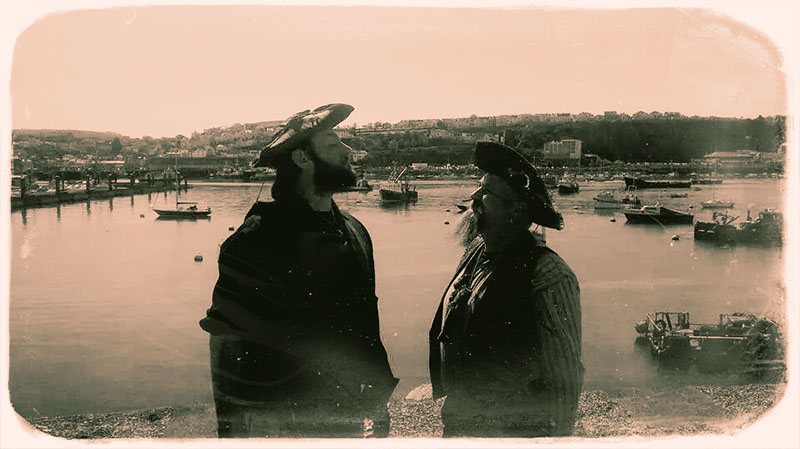 The Boarding crew are a band of ships musicians from Chesil bay who perform in many formats, primarily there are 5 of us but can perform with just two.

We perform our own original salty sea songs.

We are one of the most original pirate bands to ever swig rum on the south west coast… prepare to be boarded.

Listen to The Boarding Crew 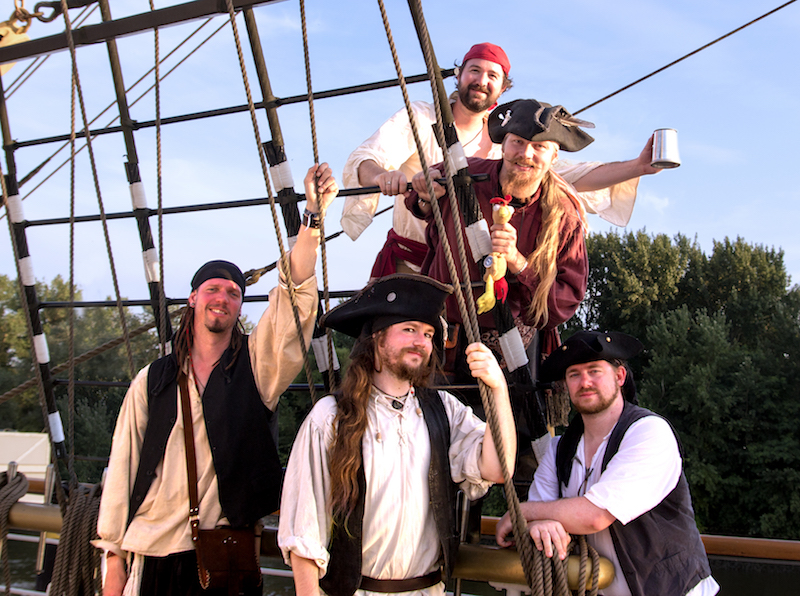 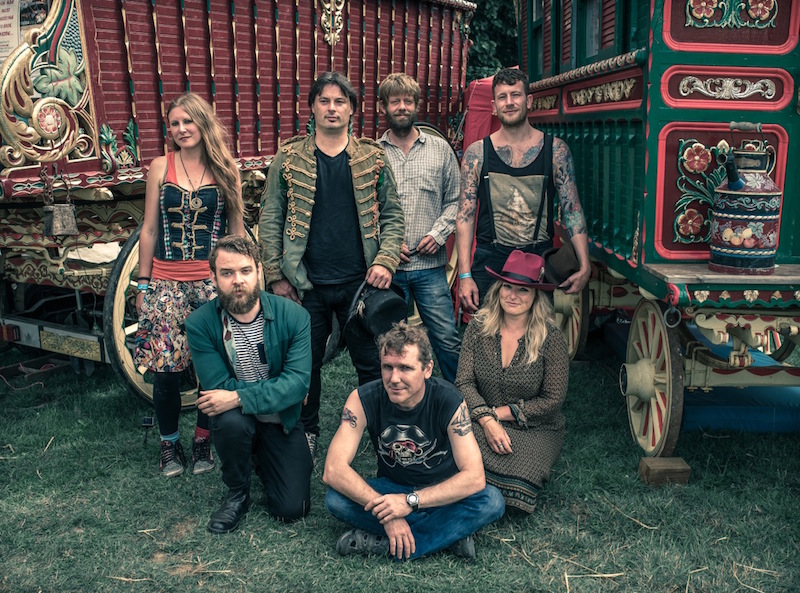 Black Friday formed in 2006 when singer and acoustic guitarist, Tomo, met mandolin player ‘Party’ and bass player ‘Melon’. They later added ‘Apples’ on tin whistle, ‘Jovian’ on drums, ‘Dr Bod’ on electric guitar and the world famous ‘Narvis Reptile’ on the fiddle to complete the line up.

In 2011 they played over 100 gigs all over England and Europe at a variety of venues and festivals, such as the Maker Festival, Port Eliot Lit Fest, Electric Picnic in Ireland, Plymouth Folk Festival, Calstock Biker Festival, Burnham-on-Sea Folk Festival and Wimbourne Folk Festival. The band has recently returned from a triumphant tour of Austria which included playing at the worlds largest festival, the Donauinsel Fest in Vienna..

The band are listed in the Guinness Book of Records for performing the most gigs in one day – 30 gigs in 12 hours! 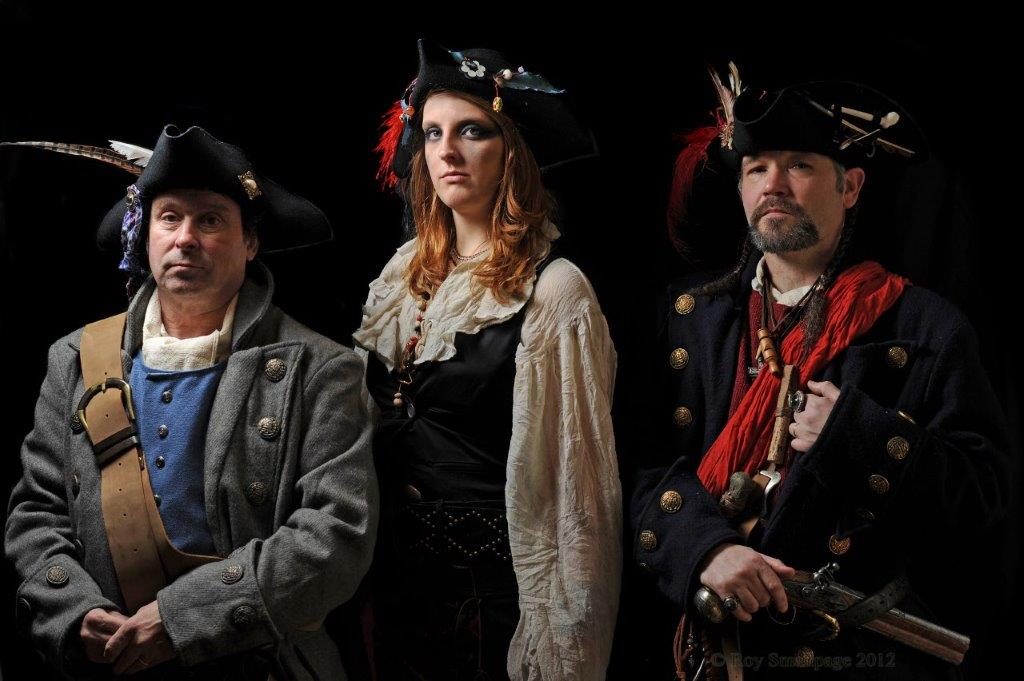 Tricorn Shonkey are an experienced crew of musicians and actors based in the South West. Impressively costumed, they weave a musical tapestry of Pirates, smugglers, press-gangs, sea voyages, highwaymen and ne’er do wells! Shanties, jigs and reels are also given the Shonkey treatment; bringing a whole broadside of fun to sailors and land-lubbers’ ears alike! 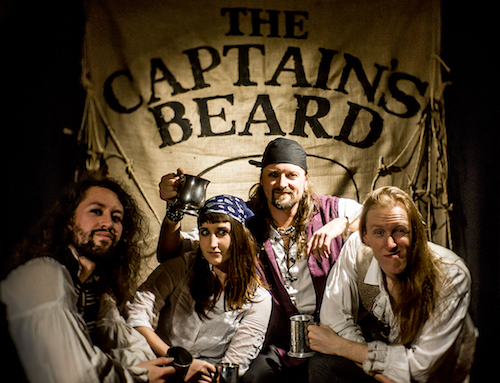 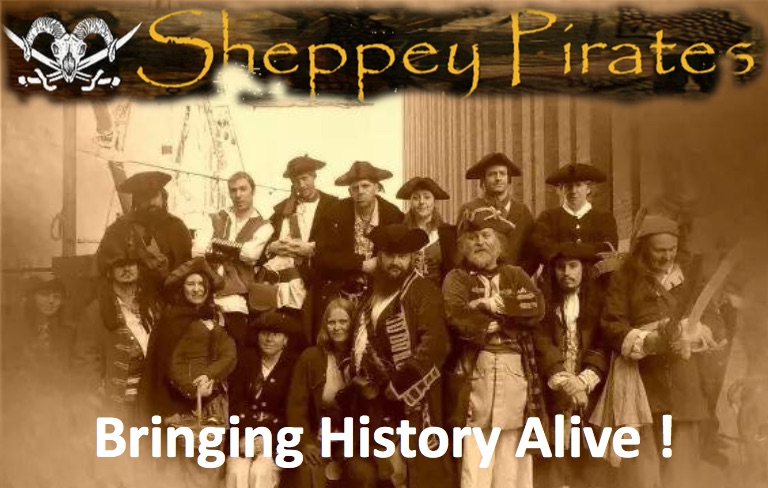 The Crew of the Sheppey Pirates have been entertaining and educating the public for over 20 years.